This is my next step in the series ‘getting rid of Google’: I want to download apps from an alternative store. 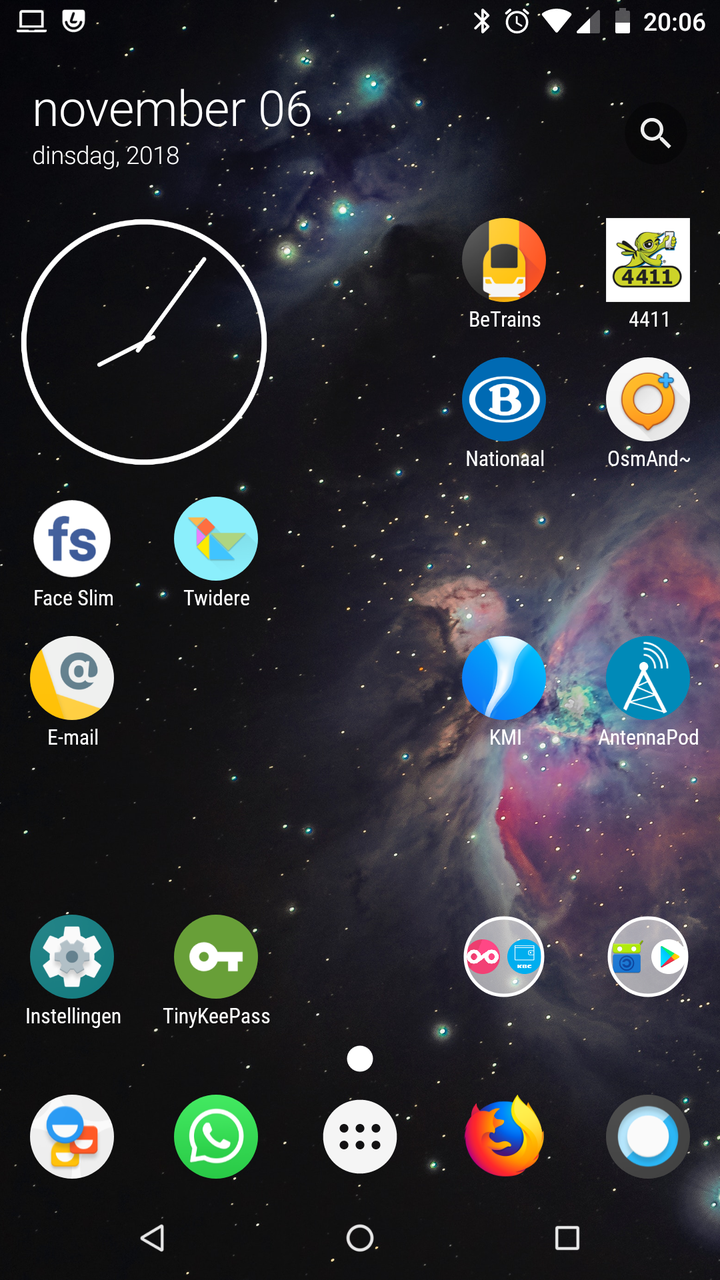 As I mentioned in my previous post, I don't like going via the Google Play Store to get my apps. So in this next step in the ‘getting rid of Google’-series I want to install and use apps from an alternative app store. So I need

Actually I have only tried one alternative app store for my phone: F-Droid. F-Droid focuses on free/libre software, and I hope that the privacy isn't too bad either.

All apps in F-Droid are free to download, but if you want to donate, F-Droid helps you finding out how you can do so.

Installing F-Droid was a piece of cake. I first flashed the ‘LineageOS su add-on’ to my phone (see the installation instructions for your phone on the LineageOS wiki), because I thought I would need root access to install another app store. However, I am not completely sure whether that was really necessary. I just used Firefox to surf to https://f-droid.org, I clicked 'download', and I granted Firefox the pemission for installing apps. And there I had an extra app store on my phone.

A lot of apps I use are not available in F-Droid, because they are distributed under a proprietary license. But by searching in F-Droid for functionality instead of app names, you might find some apps that are usable. Here is a selection of the apps I installed from F-Droid:

OpenLauncher is an alternative launcher. The launcher is the thing that makes sure you can start apps, and it also lets you access your phone's settings.

OpenLauncher is a lightweight launcher, less flashy than the Trebuchet launcher that came with my phone, but it has the huge advantage that the Google App does not open when you happen to swipe to the left on the home screen. This was reason enough for me to replace the default launcher.

After installing a new launcher, Android asks you which launcher to use when you touch the home button of your phone. Just choose the new one, and tell Android to keep using it.

OsmAnd is a navigation application that uses the maps of OpenStreetMap. You download the maps of the regions you're interested in, and then OsmAnd will take you wherever you want. It works without an internet connection, but unlike Google it is not aware of the current traffic situation. Nevertheless Osmand is an excellent navigation tool, especially if you are a cyclist.

If you install OsmAnd from the Google Play Store, you have to pay if you want to download more than 10 maps. When you search in F-Droid, you will find Osmand~ (note the tilde): the same product, but you don't have to pay. Of course you are invited to donate to support the developers.

As I said before, I would try to use another podcatcher instead of PocketCasts. I installed AntennaPod, which I have been trying out for a couple of days now. Although I find PocketCasts easier to use, I think I can use Antennapod as well.

For some months I have been using KeePass, to manage my passwords. (Mainly because I was not aware that I could have used Firefox Sync in combination with a master password.) Now I installed TinyKeePass on my phone, and it seems to be fairly usable. (You need access to a secured webserver, but I will probably write a dedicated blog post about the details.)

Face Slim and Twidere are two apps that I use to access some social networks that shall not be named.

This concludes my 2nd step getting rid of google. Next I will try to move my contacts and my calendar from Google over to Nextcloud. To be continued.